Exciting times ahead for Series Elite as we have entered the GTA category in the GT Cup - this being a one make series. We will drive the Jaguar XE SV Project 8 which uses a supercharged V8 engine - the roar is deafening!

And despite being new to the championship, we will be racing for victory! All-wheel drive with 600 horsepower, the car is a beast. But how does the GT Cup work?

Firstly with the way the points scoring system is, no matter what category we or any other team fall under, anybody has the chance of becoming the overall GT Cup champion - but there are then separate honours per category too. Each race weekend will then have additional awards for 'Driver of the day' and 'Team of the Weekend'.

A typical race weekend is as follows: a 15 minute warm up; 15 minute qualifying session; 25 minute Sprint Race and a 50 minute Pit Stop Race on each day. But how can you follow us racing in the GT Cup?

We will provide you with regular coverage of Series Elite in the GT Cup from race previews, to race reports as well as regular news features regarding SE. But if that isn't enough for you, then GT Cup have their own website and YouTube channel which can give you further insight.

So follow us closely as we attempt to win the GT Cup with the Jaguar Project 8! 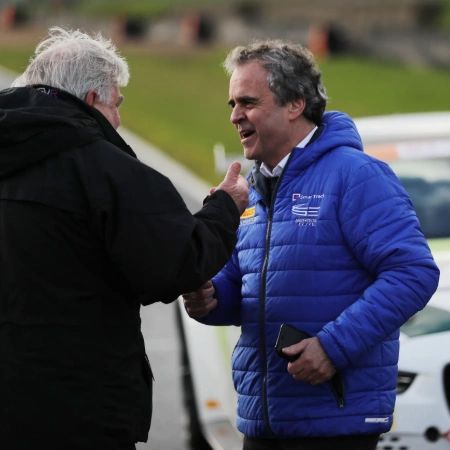 "It looks as though we are at last up and running, the cars have all been prepared for endurance racing and we have a great driver line up. It will be strange to race in a new unknown environment but having Solenal as a sponsor, we will be well protected from the elements!”

“I am very excited to be with the Series Elite team and proud to be supported by Solenal especially during these current and challenging times.”

“I am so looking forward to racing again and since coaching my team mate Alex, our aim is to go for another championship!”

“Last year I learned a lot from James and I’m excited about racing the amazing Project 8 Jaguar with my multi champion team mate!”

“It is a dream to be able to race with my son Ruben and we are both looking forward to racing the Project 8 Jaguar, I have known Graeme for many years and we have always had a lot of fun!”

“My future in racing is endurance, so this opportunity with Series Elite and the opportunity to race with my father as my team mate is awesome!”

Register your interest now and we'll be in touch